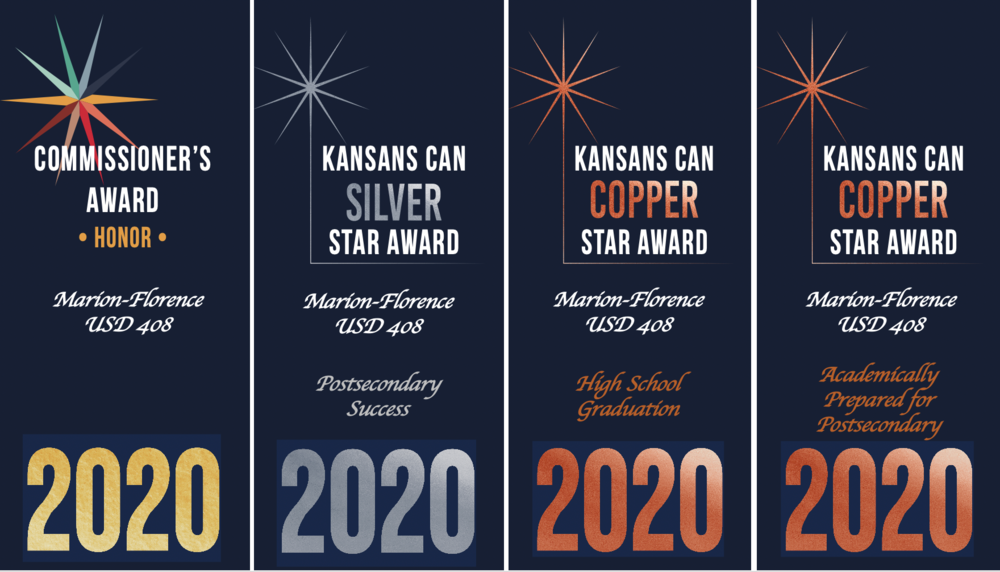 Yesterday afternoon, KSDE released the Kansans Can Star Recognition awards for 2020, and USD 408 Marion-Florence was represented very well! We received the following 4 awards!

Prepared for Postsecondary: recognized annually for the percent of all students, across all grade levels, scoring at levels 3 and 4 on Kansas state assessments in math, English language arts, and science.

Graduation: Based on the 4-year graduation cohort. State Average- 89.9%

Congratulations on a job well done!